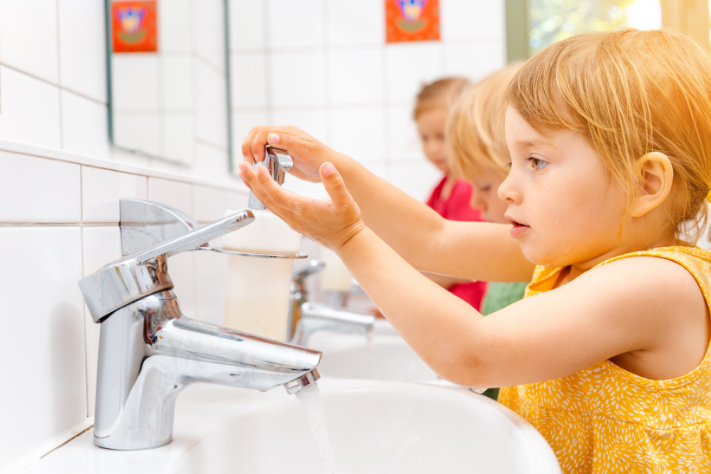 7 Icky School Borne Illnesses and How to Prevent Them 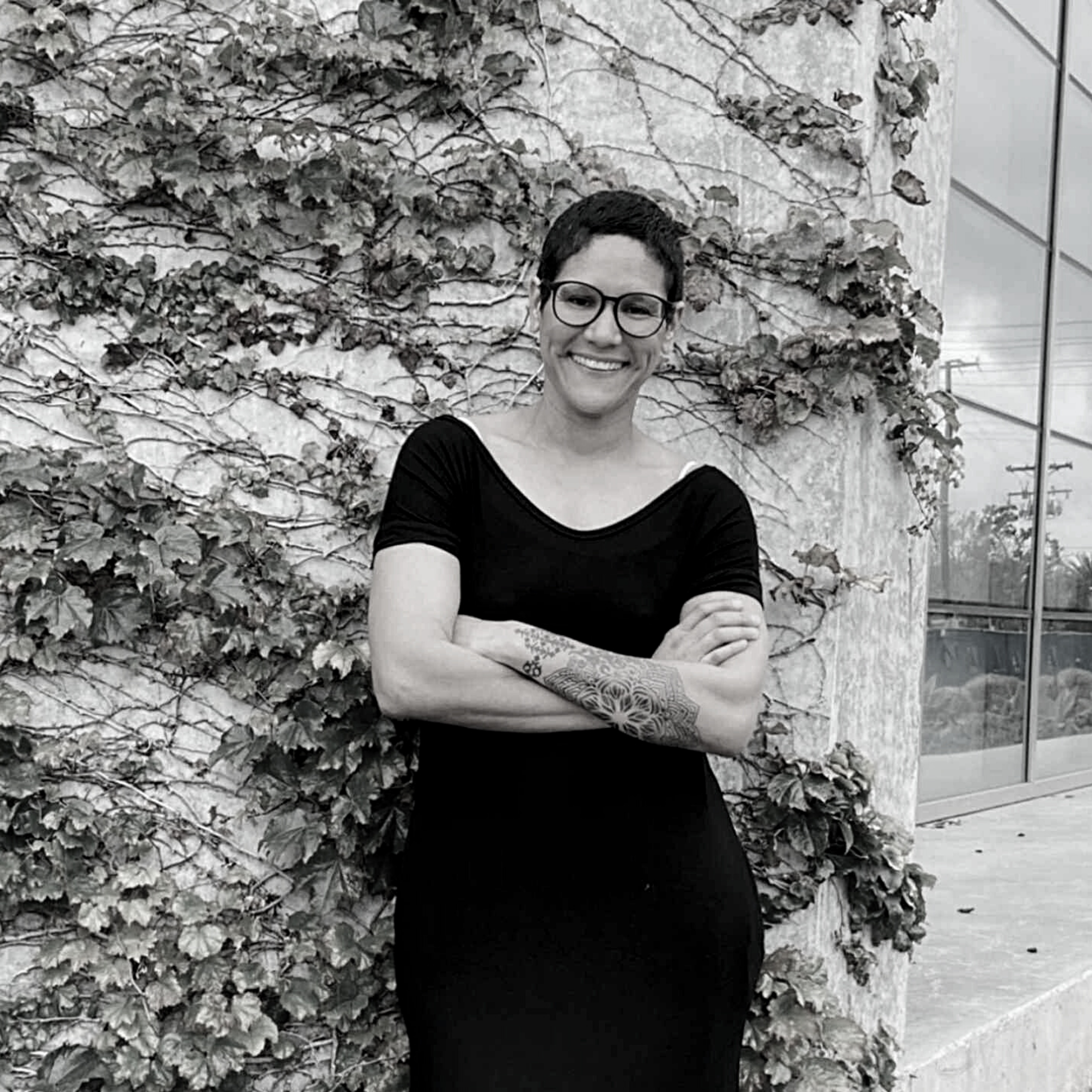 Parenting educator, herbalist, and mindfulness expert Giselle Baumet takes us through the most common, communicable, and icky school borne illnesses, and what you can do to prevent them!

A lot of exciting things come with each new school year. But the one thing we do not get excited about as parents are the common viral and bacterial illnesses that can accompany going to school.

Naturally, with children being close to each other, they are bound to spread certain illnesses. But, what can we do to prevent as many of these as possible? And what are the symptoms we need to watch for as parents?

This article will discuss common viral and bacterial school borne illnesses that can spread throughout the year and how to prevent them best.

7 Icky School Borne Illnesses and How to Prevent Them

Hand, Foot, and Mouth Disease (HFMD) is a common virus for children under five years old, but anyone can get it at any age. It is very contagious.

It is spread through nose and throat secretions, fluid from scabs, blisters, and feces. So, realistically this means there are many ways it can be spread to another person. This includes:

Most children will have symptoms for 7-10 days, but the first week is the most contagious. The symptoms include:

The CDC recommends that you take your child to a medical provider if:

There is no specific treatment for HFMD except for taking over-the-counter medications to ease the symptoms. HFMD will go away on its own within 7-10 days.

The best form of prevention is encouraging your child to cough into their sleeves, wash their hands regularly, and not share foods or drinks with their classmates.

Should you suspect your child has HFMD, keeping your child at home until all symptoms disappear is best!

Lice are parasitic insects that feed off the blood of people’s heads and bodies, including the pubic area. This article discusses lice often found in children’s hair (Pediculus humanus capitis). Lice is not a disease, but we include it in this article as it is widespread and communicable in schools.

Lice can move about by crawling, spreading through close contact with other children who have lice. This could be through sharing clothing, standing close to each other, or using the same pillow or bedding that someone with lice used.

The adult louse lays its eggs at the hair shaft, then grows into nymphs and eventually into adults, repeating the cycle repeatedly while feeding on the human host’s blood.

You can diagnose your child with lice when you find lice eggs, nymphs, or adults on the neck’s scalp, hair, or base. You can also purchase a lice comb, run it through the wet hair, and see if there are lice on the comb.

Various treatments can be found over-the-counter for lice. I have found that using a mixture of 1% concentration of tea tree oil mixed with conditioner while combing it through the entire scalp and hair has been very effective, as tea tree oil has been found to kill the eggs when used on the scalp and hair for a minimum of 30 minutes.

There are over 200 different viruses that are known as the common cold, but the symptoms they have in common are sneezing, sore throat, coughing, headache, and body aches.

The common cold symptoms last around 7-10 days and will go away independently.

There is no cure for the common cold, but you can find over-the-counter medications that can ease the symptoms for your child. The best thing to do for a common cold is to take plenty of liquids, nourishing immune-boosting foods, and get lots of rest!

A common cold is spread through close contact with someone that has a common cold, so the best ways to prevent getting a cold are:

If the symptoms are severe, last longer than 10 days, or you have a child under 3 months with a common cold, you’ll want to contact your pediatrician.

The difference between the flu and the common cold is the severity of symptoms. In addition, the flu also comes with a fever. If you suspect your child has the flu and not a common cold, you’ll want to contact your pediatrician, who might suggest an antiviral drug.

Influenza is a virus that attacks the respiratory system. In addition to the symptoms of a cold, your child may also experience fever, chills and sweats, dry persistent cough, shortness of breath, tiredness, and eye pain.

To prevent influenza, you’ll want to do the same as with common cold prevention. However, be mindful that while influenza will go away on its own and does not often need antiviral medications, it can also progress to other illnesses or become an emergency. So, call your pediatrician if your child is having difficulty breathing, has chest pain, dizziness, seizures, or if body aches are becoming severe.

Pink eye is an inflammation of the conjunctiva, which is the tissue lining the inside surface of your eyelid and the outer coating of your eye. Your child can have pink eye on one eye or both eyes, but either one is very uncomfortable for a child.

The symptoms of pink eye are:

Pink eye can be a bacteria, virus, a foreign object in the eye, an allergen, or a blocked tear duct. If it’s a bacteria or a virus, it can be contagious to other people.

Mild pink eye will go away on its own within 14 days. However, a pediatrician or ophthalmologist can prescribe an anti-bacterial to help heal it if it’s a bacteria. If it’s a virus, the pink eye will naturally run its course until it clears the body.

Most children who get pink eye during school will have the bacterial or viral pink eye.

The best way for your child to prevent getting bacterial or viral pink eye is to not share personal items with other children and to wash hands regularly, as well as avoid touching their eyes with their hands.

Norovirus is a contagious virus that causes vomiting and diarrhea and can have additional symptoms such as stomach aches and nausea. You might hear norovirus referred to as “stomach flu,” but it is not related to the flu in any way.

Since outbreaks are common, you might find that once a child has norovirus, their schoolmates also begin to come down with it. That’s why it’s essential to keep your child at home from the first sign of symptoms until at least two days after symptoms stop.

Ways to prevent norovirus are:

There is no norovirus medicine, but one must be very careful to avoid dehydration. Electrolytes can help keep the body well hydrated through norovirus.

Shigellosis is a bacterial infection caused by Shigella. It spreads very easily, especially among young children, and can stay contagious for weeks after its symptoms.

The symptoms of Shigellosis are diarrhea (may be bloody), fever, stomach pain, and feeling like you need to poop, even when there is nothing in the bowels. The symptoms usually appear within two days of infection and can last around seven days.

The best ways to prevent your child from getting Shigellosis is to encourage washing hands regularly, avoiding sharing personal items, foods, or drinks, and not swallowing water at pools, lakes, or ponds.

Shigellosis will run its course within 5-7 days, and the only way to know with certainty that it is Shigellosis is to run a laboratory test to determine the bacteria.

Keeping your child hydrated will be necessary, so giving your child plenty of liquids and watching for dehydration signs is recommended.

With the knowledge of the common school borne illnesses and ways to prevent them, you’ll feel more confident in your ability to parent through any of these more easily.

Remember that Piper + Enza is here to serve as your resource and support in your parenting journey and your child’s wellness. Feel free to reach out to us if we may be of assistance.