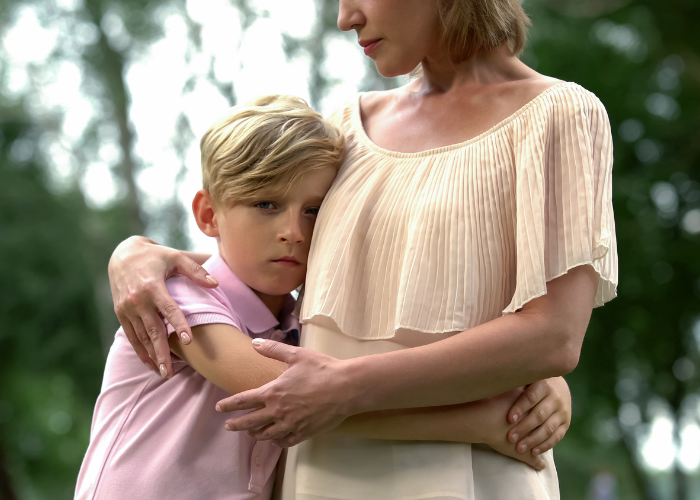 Holding Your Child’s Hand Down the Path of Bereavement 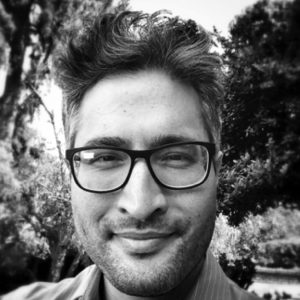 Early Childhood Educator Todd Hioki shares best practices for supporting a child through the loss of a loved one.

Few things are more difficult in life than mourning the loss of a loved one—and few situations can raise more questions for a parent. At some point each year, a mom or dad will pull me aside for help. They want to know how to explain a loss – of a grandparent, a close friend, or even a family pet – to their young child.

First, let’s talk about how we help children regulate their emotions. We call this process co-regulation or mutual regulation. What we have learned from neuroscience is that parents have an extraordinary ability to help their child regulate emotions that are too overwhelming for them to regulate alone. When a child experiences a powerful emotion, such as fear, sadness, or even excitement, a part of the child’s brain (unconsciously) observes the parent’s facial expression, tone of voice, and body, for clues as to how to feel. If a child is overwhelmed by grief, their brains will carefully observe the parent’s emotional expression. In an almost magical process, the visual and audible “images” of the empathic parent will be interpreted by the child’s brain (particularly the right orbitofrontal cortex), which will then send soothing signals down the ventral vagal nerve, throughout the body, which can ultimately calm and soothe the child. That is to say, the parent is able to directly lend their mature emotional system to the child to help soothe their strong feelings.

In mutual regulation, the parent is comfortable with the child’s discomfort. They are empathic in that they can relate to the pain and grief the child is experiencing but they also know that their child will be fine (with their empathic help). They hold their child both literally in their arms and figuratively with their hearts. There is an underlying respect for the child and their capacity to express grief.

This process of emotional holding is key to helping a child deal with death or any other overwhelming event. What contemporary trauma psychology teaches us is that it is seldom the event itself that damages the heart, but rather, the lack of having another person who can help  regulate overwhelming pain. Not only are humans designed to support each other through mutual regulation but it is yet another way we create deep connections.

2. Curiosity is as important as Empathy

Young children (ages 3-5 years-old) do not see the world the same way that adults or even older children do. We call this the pre-operational stage of cognitive development. This means that young children are learning about basic concepts such as saying goodbye, brushing teeth, or sharing. It is normal for children at this stage to have fanciful/magical ideas about why things happen. If you ask a young child why a balloon is flying in the air they might say it’s because the balloon is happy. This is different from the response of a 7 year-old, who has entered the operational cognitive stage, and who would probably say that the balloon is flying because it’s lighter than air.  Young children in this stage have a difficult time understanding complex abstract ideas. These are ideas that cannot be attached to familiar tasks (like eating breakfast) or familiar objects they can touch (like their teddy bear). In the case of bereavement, abstract ideas – such as life, death , and ideas about religious beliefs, non-being, and aspects of illness – are often beyond the child’s comprehension.

Because young children process the world differently than older children and adults, we should not assume we know what they understand or what they are feeling. A young child who is told that her grandmother has “passed away” or who has died, or has “gone to heaven” may not be able to make sense of what this means. We can help children understand these ideas by putting them into terms that they already understand. Part of a parent’s explanation about death could include saying that grandma won’t be able to visit anymore. This is an example of making an abstract idea more simple and concrete.

However we begin to explain what death is or what its affects will be, I would suggest letting go of expecting or anticipation any particular understanding or emotional reaction from the child and to be curious about what their experience actually is. It’s about having an ongoing conversation with your child. It’s about balancing initiating such a conversation and giving them space to initiate conversation. It’s about asking questions like, “How do you feel about grandma passing?” “What was your favorite thing to do with grandma?” Sometimes it simply means not talking about the death if it seems they are unconcerned. Because young children live in the present moment, the reality of someone passing may not arise until they notice that a normal routine (such as visiting grandma) has not happened for a while. Even though you may have explained grandma’s passing, it is not until a young child experiences the concrete effects of such an event (or absence of an event) that a further conversation needs to take place.

3. Everything is a Bedtime Story

Here we come to the second big task of bereavement. We need to help children make sense of what it means for someone to pass away. It’s important that parents understand that the purpose of talking about death with a young child is to leave them feeling safe and confident. Notice that I did not say they need to understand what death actually is (as in a biological description) but that they feel confident about their understanding of death. What does this mean?

Humans, both adults and children, tend to understand the world through stories. These stories can be long and complex, or they can be short and simple. We could say that one definition of growth is the gradual upgrading of our stories about the world from simple and comforting to complex and realistic. Humans tend to cling to stories less because they are true than because they give us a sense of security and meaning. This is especially true for young children and parents need to become good at creating the right story to support their child’s development.

When I coach parents dealing with bereavement (or any potentially traumatic issue), I teach them what I call the “Bedtime Story” technique. This involves taking any complex event and turning it into  five to ten sentences. The structure is simple: it has a beginning (which introduces the characters and situation), a middle (that introduces the problem), and an ending (that solves the problem and portrays the world as safe). Let me give you an example of how we can turn a really complex event, such as the 9/11 terrorist attack, into a simple story that a four-year old could understand:

What makes this story effective is that it leaves out any complex abstract ideas beyond the child’s understanding. All the action and feelings are things that a child knows and experiences every day. And most important, it portrays the world as being safe. The message is, “Bad things might happen, but there are always people who can make it better.”

Like adults, children need to practice and repeat things over and over in order to understand them. To us, a five sentence story seems ridiculously simple but to a young child it’s like a 600-page mystery. It is very common and often necessary for children to hear such stories over and over in order to master the ideas within them. Stories have the power to make a big scary world smaller and safer and by retelling a story over and over—a child can shrink things down to something that fits comfortably.

Helping a child work through loss and death is a topic that can take many books to cover well. But I hope these three ideas – 1. lending your heart, 2. valuing curiosity, and 3. the bedtime story technique – can help you and your child find comfort in loss.

Todd Hioki is an Early Childhood Educator and a Piper + Enza expert contributor.