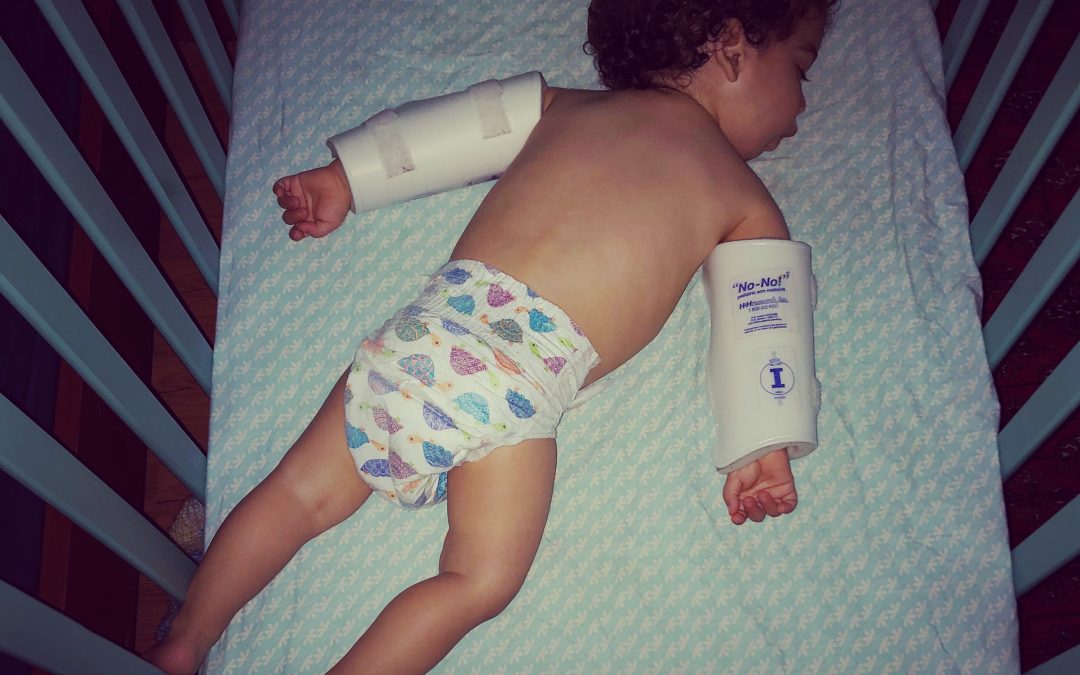 Piper + Enza content strategist Taraneh Arhamsadr shares a personal story of welcoming her second child into the world, becoming a special needs family overnight, and the unexpected twists and turns they faced along the way.

I thought I was ready.

I had a three-year-old who was healthy, but challenging (as three-year-olds are). I had experienced the baby blues, the sleepless nights, the extended breastfeeding, the well-checks and vaccinations, the pregnancy with a toddler while working full-time. I got this, I asserted to myself naively.

After a really empowering second birth experience, I held my son up to my chest, ready for him to latch as my daughter had, nearly 4 years earlier. He couldn’t. In fact, he could barely open his mouth. I didn’t think much of it at that moment—I was just so happy to have him earthside. The midwife whisked him away to examine him and quickly appeared perplexed. Shortly after, we got the news: he had a cleft of the hard and soft palate and was struggling to get enough oxygen. Before my epidural had worn off, he was gone, taken to the NICU for extra care and monitoring, and leaving us, in a word, shellshocked.

We spent a week in the NICU learning more about our boy’s condition, which would require special feeding techniques, supplementation with extra calories from day one (since babies with cleft palate typically struggle to get enough nutrition), an oxygen monitor worn 24/7 for the first few months (those beeps still haunt my dreams), frequent visits from a home health nurse and, after he turned one year and reached 20 lbs, a surgery to repair his palate.

The period that followed was mostly an exhausting, distress-filled blur: Realizing I’d never be able to breastfeed my boy. Waking him up every 90 minutes to feed, only to see his weight plummet and fall off the percentile chart as we painstakingly tracked every milliliter he consumed. The invasive diagnostic tests necessary to understand his condition better. Missing my older child, my mini-me, who I’d prepared for a new sibling, but not prepared to all but give me up overnight. The heartbreaking cries of hunger and reflux as I sat, hooked to the breast pump. Dutifully returning to work, only to be promptly let go because I just couldn’t balance it all. Regular nightmares about the surgery to come and fear that he might not ever wake up.

But then, moments of light: Seeing the love my daughter instantly felt for her baby brother, and watching their bond develop quickly. Feeling the palpable support of my family and friends, who showed up in ways I never imagined. Witnessing the incredible resilience of my little boy, fighting the odds against him. Seeing the hint of roundness in his cheeks and belly as he began to respond well to formula. The wisdom and understanding of my daughter, not yet 4 years old, who seemed to know that baby brother needed me more.

The cleft palate surgery took place on June 7, 2019, when my son was 13 months old. It wasn’t straightforward. They couldn’t get the breathing tube in, then couldn’t figure out the right level of anesthesia for his tiny body, resulting in several “wake-ups” mid-surgery and a much longer procedure (during which time I nearly paced a hole in the hospital carpet). But at the end, it was a success, and after a week or two of healing, our toddler was ready to take on a healthier, more “normal” childhood.

Today, as I chase my strong, mischievous 3-year-old boy around while he looks for new ways to bug his endlessly patient 7-year-old sister, I think back on that first year leading up to the surgery. What would have made that time less scary? How could we, as a family, have felt more stability in the face of the unknown? What could have helped me, my husband, our preschooler, and even the baby understand and accept what we were facing?

The truth is, there wasn’t much. Even with the comprehensive care my son received, the occasional check-in with a social worker, and the support groups I sought out on social media, we were lost. We didn’t have the tools to truly understand or process what was happening, let alone explain it to our older child—who always seemed to be watching and listening. We also had no idea, outside of focusing on his physical health and giving him as much love as possible, if there was a way to mentally prepare a small baby to undergo major surgery.

This is why as a mom, a writer, and an advocate for my own family and others, I am proud to be part of the Piper + Enza team. We want to make it easy and accessible for any family to have tools and resources that will support them in the inevitabilities of growing up. Whether it is a skinned knee, a booster shot, or a hospitalization, we will be here—and we’re glad you are, too.

Taraneh Arhamsadr is a mom, writer, nonprofit communications veteran, and Piper + Enza’s content lead. She also writes about motherhood in her blog, the Mamajoon Chronicles.